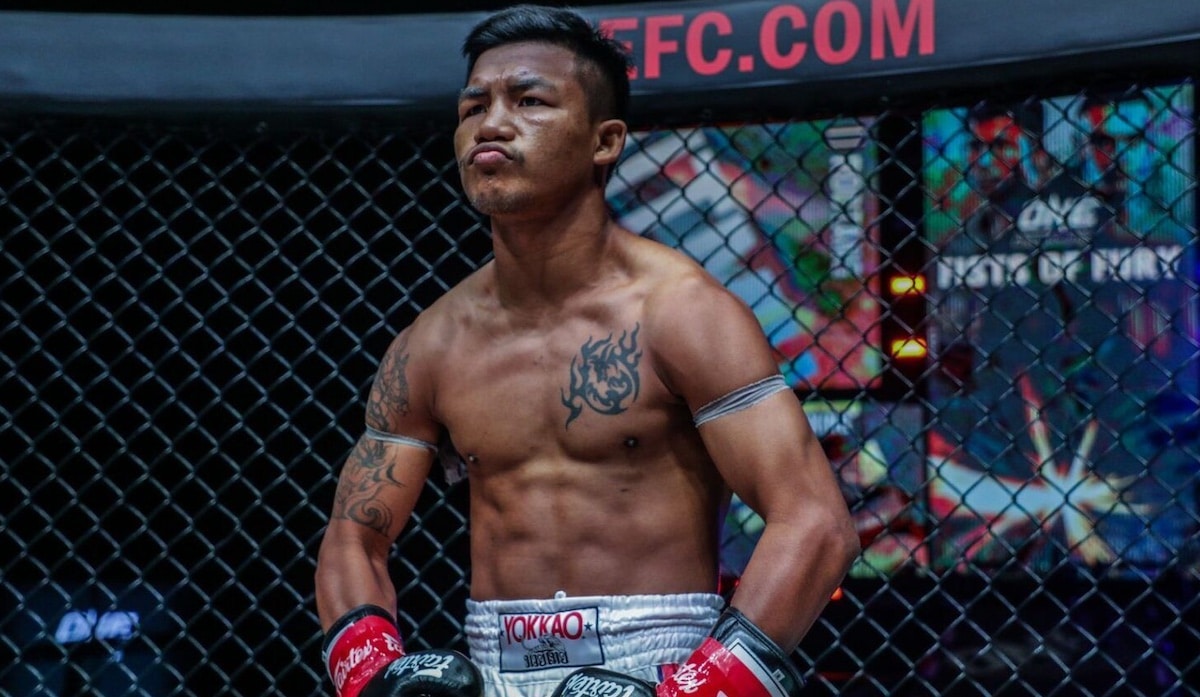 The many styles of the Muay Thai fighters typically revolve around the different tools available to them, from the Muay Tae’s powerful kicks to the Muay Khao’s knees, The Muay Mat chooses to forgo the majority of traditional techniques instead choosing to favor an intense forward-moving aggressive style deploying explosive punching combinations to overwhelm and ultimately knockout their opponents.

Many Nak Muay have chosen this exciting fighting style throughout the years with Legends like Anuwat “Iron Hands of Siam” Kaewsamrit showcasing the Muay Mat’s effectiveness in the Bangkok stadiums Rajadamnern and Lumpinee, becoming champion in both.

With the introduction of western Muay Thai fighters such as John Wayne Parr and the Dutch legend Ramon Dekkers the Muay Mat style has become a more common fighting style and with the more recent development of kick-boxing in promotions like ONE FC, Thai fighters are crossing over into the sport which rules score punches more favorably than traditional Muay Thai forcing an adaptation in their fighting styles leaning more towards a Muay Mat approach, these fighters then bring these tendencies back to Thailand.

What is a Muay Mat?

A Muay Mat fighter which translates from Thai to “punch boxer” is a Nak Muay who favors throwing heavy hands in bursts of short range violence over the traditional medium to long range kicks of the Muay Femur or Muay Tae.

The Muay Mat will typically fight in medium to close range where their punches have the most effect, using low kicks and effective checks and counters to gain ground on their adversary in order to close the distance bypass their defenses and unload a barrage of strikes with the aim of forcing their opponent backward and off-balance to set up angles for power punches to finish.

While the Muay Mat favors a hand heavy, punching focussed approach to fighting they do not adopt a western boxing stance, standing in a Muay Thai stance typically more hunched forward weight distributed to their centre of mass, as opposed to the Femur or Muay Tae who will often shift weight onto the back foot to enable faster checks and teep kick (thai push kicks).

The Muay Mat deploy a number of punches, from the cross/straight to the liver hunting left body hook, but what makes them especially effective is their ability to utilize the Muay Thai rule set to splice powerful kicks within their combos in order to chop their opponents down with leg or body kicks before, during or after their punching combos.

Often seen by Muay Mat fighters is the shifting of weight post kick and post knee, rather than bringing their legs back into their neutral position a Muay Mat will often step forward which doubly acts to close distance and to add their forward-moving mass to the weight of their already heavy hands.

No current fighter portrays the terrifying pressure and devastating effectiveness of the Muay Mat than Rodtang “The Iron Man” Jitmuangnon, The ONE FC flyweight world champion is known for his exciting, bordering on reckless forward pressure and deadly hand combinations defeating modern-day greats such as Jonathan Haggerty and Petchdam Petchyindee.

Strengths of a Muay Mat Fighter

The Muay Mat fighting style has some very clear strengths when compared to other fighting Muay Thai fighting styles. The main strength is the relentless pressure they choose to adopt, this pressure forces other styles onto their back foot, moving them backwards to avoid the oncoming strikes, this reduces the power of their counterattacks.

This pressure pairs extremely well with the explosive striking style of the Muay Mat, throwing punch combinations not unwelcome in western boxing and MMA bouts, these sustained attacks force their opponents to lose ground by moving backwards, shell up and defend against the strikes or fire back which will in turn lower defenses and allow the puncher to potentially slip a power shot through their guard delivering potential knockout blows.

The Muay Mat styles pressure and brawling style will match favorably up against Muay Femur, Muay Tae, and to a lesser extent  Muay Khao forcing the fight to stay at the range that they desire and punishing any mistakes with a loss of space and potentially a loss of consciousness this is amplified In Kard Chuek Muay Thai fights; where the combatants wrap their hands in traditional Thai ropes as opposed to 8-10oz boxing gloves.

A perfect example of this fighting style would be Rodtang vs Haggerty II in 2020 Rodtang walked Haggerty down the majority of the fight, his forward pressure breaking through the guard in the third round landing a brutal body shot dropping his opponent to the ground and continued to pressure forcing the referee to stop the bout in accordance with the “3 Knockdown Rule”.

Weaknesses of a Muay Mat Fighter

The Muay Mat fighting style is a classic “double-edged sword” kind of fighting style, very effective against most fighting styles but should the opponent manage to maintain distance the Muay Mat fighter can suffer for it, this is particularly true in the case of Muay Tae and Muay Femur fighters, displayed clearly when Superbon Banchamek fought “The Doctor” Giorgio Petrosyan, with Superbon keeping range and firing off kicks while Petrosyan pressed forward, eventually Superbon countered with a high kick as the western fighter was regaining position after a barrage of punches, catching him on the chin and delivering to him his first-ever knockout loss.

Another key weakness of the Muay Mat fighter is the Muay Thai rule set itself. With Traditional rules putting the majority of the scoring weight into Kicks, Knees, and elbows with punches being scored the least, this means that in order for a Muay Mat to win via decision in traditional Muay Thai the fighter will typically have to score some knockdowns throughout the competition.

This at times will force their usual forward pressure to reckless levels of aggression, because of this need for constant aggression and forward pressure the Muay Mat fighting style is best suited to three-round bouts, allowing for more explosive endeavors without the need to worry about gassing out in the 4th and 5th rounds.

There is no doubt that the Muay Mat fighting style has given us some of the most exciting fighters in Muay Thai history of the sport, from the aforementioned  Rodtang “The Iron Man” Jitmuangnon, Ramon Dekkers to the undeniably great Sagat Petchyindee and with the shift in scoring and more Thai fighters crossing over into kick-boxing the Muay Mat style will undoubtedly become more prominent in the years to come.