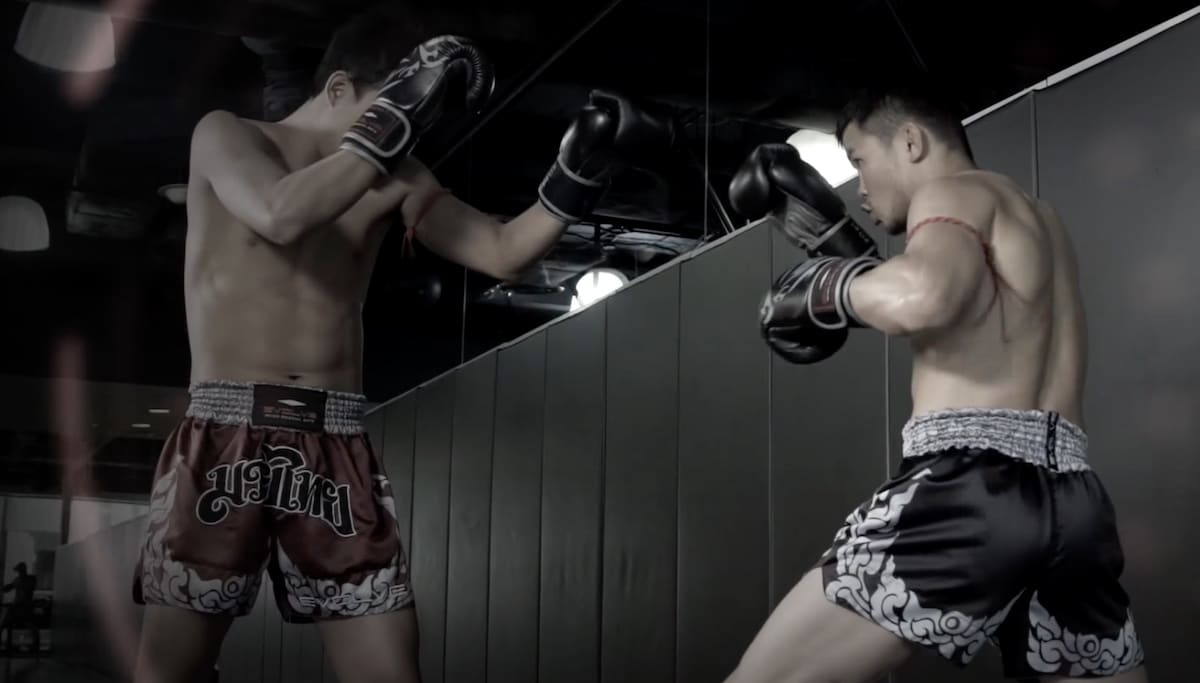 The sport of Muay Thai affectionately called “the art of 8 limbs” by its fans and practitioners is famously fought on the legendary stages of Rajadamnern and Lumpinee, and more recently televised across the world on promotions like Lion fight and ONE FC. Known for its intense and often bloody contests, the sport itself is not just a gruesome brawl but an intricate physical chess match with conflicting techniques and styles. This article will look into perhaps one of the most well known styles; the technical trickster: the Muay Femur.

Muay Thai has a number of different styles each of which has different fighting strategies at different engagement ranges. The Muay femur employs a combination of trickery, counter attacks and a high fight IQ at medium to long ranges to fake, bait, and then counter their opponents.

When fans of the sport think of fluid and beautiful Muay Thai they think of Muay Femurs like the legendary Saenchai or the longest-reigning national champion Namsaknoi Yudthagarngamtorn as well as modern fighters like Nong-O Gaiyanghadao and Sam-A.

Unlike the Muay Mat known for punching or Muay Khao known for their aggressive knees, the Muay Femur tends to favor no specific technique using an overall well rounded approach to fighting, they use all their “weapons” where necessary adapting as the fight progresses before finding an opening and striking with the most effective tool available.

Typically the Muay Femur will start a competitive bout with a measured “feeling out” process spending one or two rounds evaluating their opponent, countering at distance and using repetitive techniques to set traps for the later higher scoring rounds. Not known for chasing knockouts they will, however, pursue one should the opportunity arrive this usually happens after the Muay Femur has analyzed their opponent, found their range, timing, and laid some traps they will then bait their opposition and viciously counter.

One of the main reasons that fans across the globe trend towards the at times devotional support for the most celebrated of Muay Femurs; is that not only are their techniques so exciting to watch their flashy setups and immaculate timing the purest exhibition of Muay Thai techniques but the way they deliver said techniques with the bravado and confidence of a matador that appeals to both fans and new-comers to the sport. They do not throw barrages of power punches against the guard or kick the arms until the opponent makes a mistake they utilize a varied striking approach, changing levels and forcing a shift in balance or timing that they can capitalize on.

Muay Femurs rely on their extensive knowledge of striking and fight IQ as such they tend to maintain distance and fight at longer ranges using high scoring roundhouse kicks and long knees to score while employing the long guard for prolonged defense. Unlike the Muay Khao, the Muay Femur choose a defensive approach to fighting; backing up for the majority of the fight, which to the untrained eye may look like they are conceding ground thus losing the fight however this tactic conserves energy and forces the opponent to either fight at the Femur’s chosen range or press forward into stinging counter attacks.

Due to the Femur’s ability to employ all striking techniques effectively and their fight IQ they are not at a disadvantage to any particular style and are capable of coming out on top against any opponent, this being said the Muay Femur style is not without flaws and many fighters do share a few common weakness which can at times leave them on the receiving end of a sharp knee or cutting elbow; aggressive pressure and the clinch.

Femur fighters rely on space; space to move and space to fire off powerful counter attacks at range. If a fighter allows a Femur this kind of space for an extended period of time they will allow strikes from favorable high scoring techniques. As such in order to stifle this constant pressure must be applied throughout all rounds, forward pressure is essential to prevent Muay Femurs from finding their rhythm and range. Forcing a femur onto the ropes and smothering them with rapid punches and powerful Muay Thai elbows will prevent them from utilizing their fighting strategies and many of their preferred techniques, a good way to smother a Femur fighter is with the clinch.

While it is known that the Muay Femur is not a clinch-orientated fighting style it does not mean that they aren’t proficient clinchers but it means that they are most comfortable at medium to long range rather than the close range required for clinching. This is why when forced to clinch and out of their preferred range Femurs will aim to sweep or trip their adversary to force a reset in the center of the ring allowing longer distance to be re-established, should the opponent want to close range again to enter the clinch they have to walk through the previously mentioned traps and counters, a likely deterrence for all but the most stalwart of fighters.

Clinching requires a massive expenditure of energy, moving away from the energy conserving tactics of the Femur; striking and then resting while waiting to counter-attack, the wrestling for a dominant position in the clinch while defending from close range barrages of elbows and knees means that should the Femur fighter not be overly familiar with long clinching rounds they may tire faster than the aggressive Muay Plam (clinch fighter) leaving them spent in the later scoring rounds when they would usually be collecting the fruits of their labor in the form of sprung traps and punishing strikes.

A good example of this smothering strategy is the October 2014 Rajadamnern fight between Petchmorrakot and arguably the most famous Muay Femur fighter of all time Saenchai.

Petchmorrakot struggled in the initial rounds to find his footing against the elusive Muay Femur, however, in the latter rounds of the contest he shifted strategy to a ruthlessly aggressive forward pressure and an onslaught of knees and elbows. This forced Saenchai onto his back foot for three rounds and ultimately won the fight for Petchmorrakot. Conversely, when looking at Saenchai’s very extensive fight record one can find countless examples of a perfect Muay Femur fight execution indicating while there may be a perceived “blueprint” for defeating a skilled Muay Femur it does not mean that it will be possible let alone easy.

While perhaps not the most traditional of Muay Thai fighting styles the Muay Femur most certainly has it’s place in the highly competitive world of Muay Thai with some of the greatest fighters of all time adopting this style as well as many fantastic fighters from the modern era of Muay Thai captivating millions of fans across the world with it’s technical and beautiful style every week.