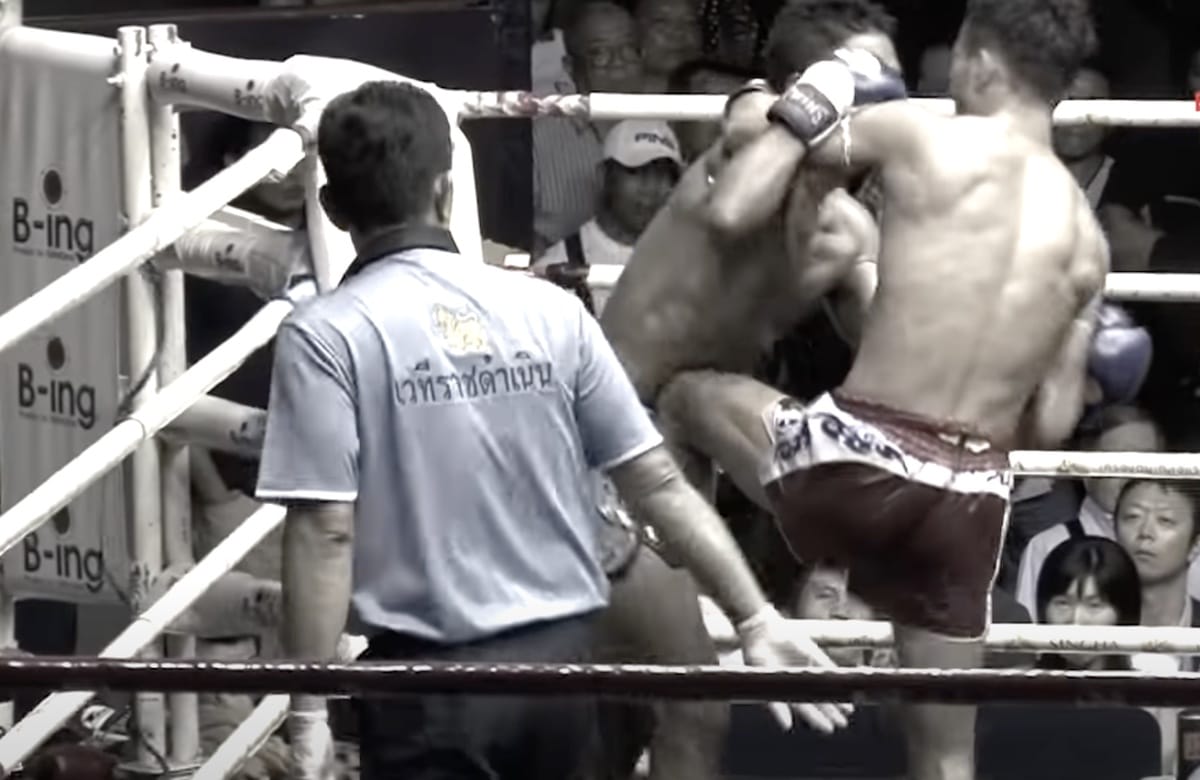 One of the main things that separate Muay Thai from western kick-boxing is the inclusion of elbows and knees, arguably no other fighter-style embodies this difference more than the Muay Khao fighter. One of the most prominent and successful of the fighting styles that grace the arenas of Bangkok are the Muay Khao, with their relentless pressure and high scoring knees, as well as the occasional flying knee knockout they are among the most favored fighting styles in both judges scoring and audience opinion.

Throughout the years of competition many Muay Khao fighters such as Singdamand the legend Dieselnoi Chor Thanasukarn, have earned prestige for their fighting across Thailand. This article will look into the Muay Khao fighting style, how it is effective and how to counter it.

What is a Muay Khao?

In the Thai language, Muay Khao translates to “knee boxer” and this is exactly what a Muay Khao is, a fighter whose fighting style and strategy orientates around the successful application of the different knee techniques, from the short-range Khao Khong (curved knee) to the Khao Trong (straight knee) the Muay Khao aims to weaken and eventually stop their opponent or score enough to win via decision.

The Muay Khao while thought of as a fairly straightforward fighting style has a number of nuances and varying striking patterns, much like how a western boxer will have a number of different punches so does the Muay Khao with their knees:

Muay Khao’s usually prefer to fight at close ranges applying pressure and being more offensive than say a Muay Femur or Muay Tae fighter. They rely on conditioning to wear down their opponents, battering the torso before engaging in the clinch and attempting to deliver a knockout blow.

As with all Muay Thai fighters Musing punches to find range and set up knees, teeps (Thai push kick) for distance, and for feints and elbows to follow knees. Moving with the evolution of the Muay Thai rules set and the increased focus put on the scoring system than in the past, it is becoming a more common occurrence that Muay Khao fighters are leaning toward the aggressive almost Muay Bouk (pressure fighter) style and throwing high scoring knees throughout the contest with the aim of securing a decision.

Strengths of a Muay Khao Fighter

The strengths of the Muay Khao lie in their conditioning and muscular endurance aiming to outlast all opposition, unlike the Muay Femur who lays traps or the Muay Mat who tries to overwhelm with barrages of punches the Muay Khaos straight forward approach can be seen when looking at the Muay Khaos knees each has a specific aim of debilitating the body of the opponent, from the Khao Trong aiming to damage the torso, the Khao Chiang damaging the liver or the Khao Khao Noi damaging the legs each will help the Muay Khao wear the opponent’s body down dragging them into a battle of attrition for which the Muay Khao is specifically trained for.

The Muay Khao matches up favorably with a number of different Muay Thai styles, the forward pressure and focuses on endurance means a skilled knee fighter can be a huge problem for any Muay Femur (technical fighter) a perfect example being Petchmorakot Petchyindee vs Saenchai.

The Muay Khao also matches favorably against Muay Plam (clinch fighters) and Muay Mat (power punchers) both of which require shorter ranges for effective striking. The Muay Khao will take their forward pressure and reply with defensive Khao Tat knees creating space before stepping back and firing off a Khao Trong or Khao Chiang, using the pressuring fighters momentum to add to the blow potentially forcing an 8 count, a stoppage or even breaking ribs.

No Muay Khao is as well renowned as Dieselnoi Chor Thanasukarn, the Lumpinee champion for 4 years, standing at over 6 feet he used his height to his advantage leveraging it to deliver straight knees at range to his opponent’s heads, becoming known for his deadly “sky-piercing knee”

Weaknesses of a Muay Khao Fighter

The main weakness of a Muay Khao fighter is their need to be generally be within medium to close range for their best effective striking. This can be exploited by a talented Muay Tae (power kicker) or a Muay Femur both of which use range and teep kick to keep distance with the Muay Tae delivering powerful kicks from outside knee range and the Muay Femur setting dangerous traps for the Muay Khao to walk into.

A good example of a Muay Khao fighter being stifled on approach is the ONE FC bout between Petchmorakot Petchyindee and Giorgio “the Doctor” Petrosyan, The Muay Khao fighter Petchmoroakot pressured forward trying to find a home for his knees however the western style kick-boxer, kept his distance working the jab, landing hard body kicks and pushing Petchmorakot back with the teep, earning Petrosyan a fairly straight forward decision win.

There is most certainly an argument for the Muay Khao being the most durable of the Muay Thai styles which can be seen week in and week out throughout Thailand in the biggest arenas the country has to offer, and when a Muay Khao meets another Muay Khao in the ring then that durability is put to the test, trading blows in the middle of the ring with both fighters aiming to press forward at all times moving from a physical a chess match to a tug of war with both fighters trying to outlast the other.

With legendary Muay Khao like Dieselnoi Chor Thanasukarn and the “knee computer” Chamuakpetch Harpalung to the champions of the modern era Petchboonchu and Petchmorakot the Muay Khao style is still very much a fan favorite and a testament to the strength and durability of the traditional Muay Thai fighter.