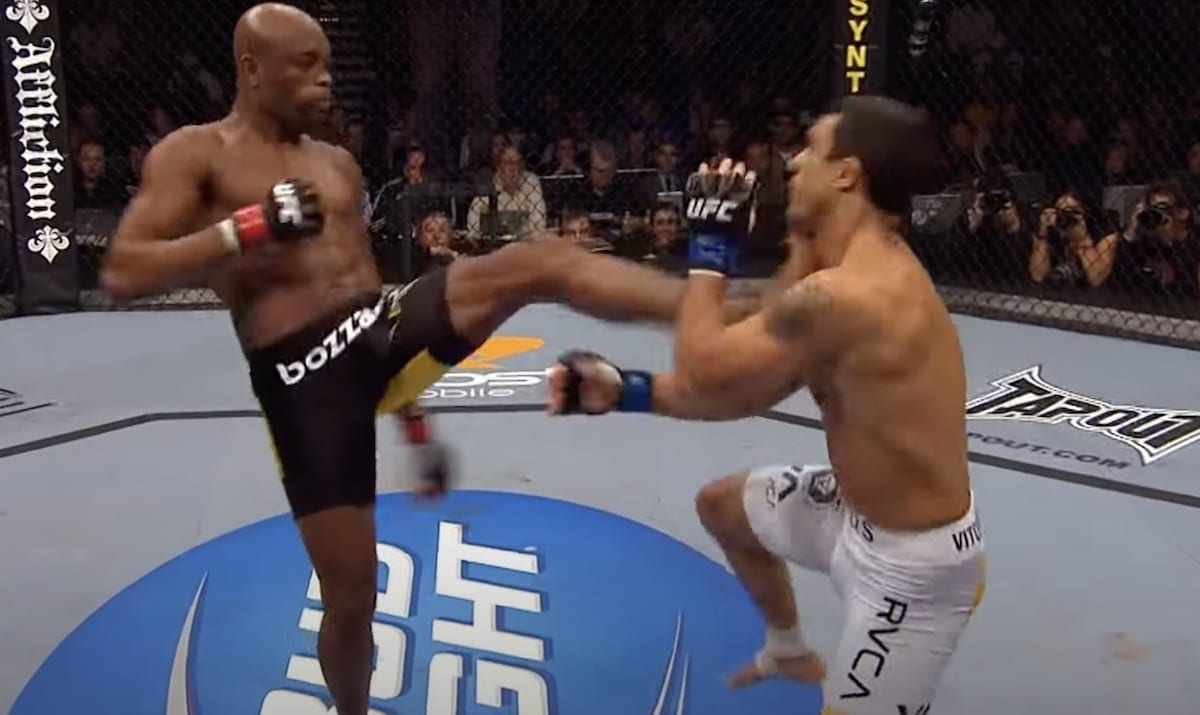 A Muay Thai fighter by nature has a number of offensive and defensive tools incorporated in their fighting styles ranging from the many different knees to the cutting elbows and devastating roundhouse kicks, however perhaps one of the most commonly used is the Thai Push kick or “Teep”. On paper the teep kick is a fairly straightforward kicking technique, however, as with any striking movement in any combat sport it has a number of nuances, different styles and uses that make it far more complex.

A staple tool of many Muay Thai fighting styles from the long-range fighters like the Muay femur and Muay Tae to the pressure fighters of the Muay Khao and Muay Bouk. The kick serves an integral role in the arsenal of any well-rounded Nak Muay. This article will look into the mechanics of the kick, its uses and how to counter it.

Mechanics of the Teep

The teep kick, for the most part focuses on a straight forward push from the ball of the foot, usually from the lead leg to serve as a longer range jab or the rear foot for more forceful strike to push the opponent back. This kind of technique can be found in nearly every striking martial art from Karate to Taekwondo

In order to successfully use the Teep kick, the fighter will:

This same technique “checklist” will apply to a rear teep, however, due to the kick coming from behind the center of mass typically using the fighter’s dominant leg it will have significantly more force however it will take longer to execute thus easier to be countered.

The target for the teep kick is predominately the torso of the opponent looking to push back and knock them off balance, however, this target can be changed by hinging more at the hips and leaning backward to enable a teep to the face (see Anderson Silva vs Vitor Belfort) or remain in the traditional Thai stance and fire off shorter quicker teeps to the thigh to maintain distance and stifle opponents forward pressure.

When to use the Teep Kick

The teep kick in Muay Thai is used liberally, to measure distance, push adversaries backward, to set up feints and at times score a knockdown or knockout.

Typically the best time to use a teep kick to the torso would be when the opponent is stepping forward or in the process of throwing a strike, this usually means that they have shifted their weight or lifted a foot off the floor, this will disrupt their balance allowing for a teep to have greater effect with the end goal of knocking their opponent off their feet for a high score.

With teeps above the torso, timing is integral for success, the fighter should bait an opening, kicking to the body and legs to force a mistake from their opponent dropping guard to catch the kick or counter. The fighter will then fire off a led or rear teep to the face aiming for the chin to snap the head back and hopefully knock their opponent out.

With teeps to the legs the aim is to disrupt the opponent’s stride, prevent forward movement, and at occasionally with perfect timing to kick high on the thigh as they are throwing a kick to stop the attack. This kick to the thigh can set up a number of useful strikes with a same leg roundhouse being mechanically favorable.

Another crucial use for the teep kick is setting up more damaging strikes, and closing distance through the use of feints. Should the opponent become accustomed to continual sniping with the lead and rear teep, a shortened movement of raising the knee will serve as an adequate feint to launch your weight forward into kneeing range, engage in the clinch or shift balance turn hips over and fire off a powerful roundhouse kick to the body.

How to Counter the Teep Kick

Similar to the simple yet complex nature of the teep kick, countering it has a number of options each with its following strategies. Typically countering the teep will involve wither batting the kick aside with the hands or knees, or catching it allowing for sweeps or counter kicks.

Batting the teep aside serves to disrupt the forward motion of the attack pushing it diagonally away from you forcing the opponent into a dangerous angle with the need to regain their balance, this sets up the opportunity to unload a barrage of strikes in the form of punches or kicks, or the fighter can step in and engage in the clinch and look to elbow and knee.

When batting the teep kick aside is it essential that the leg is swatted away with the same hand to the kicking leg; so a left teep would be swiped to the left with the left hand, if not pushed to the correct side with the correct hand the opponent’s weight will move towards the defending fighter, and their feet will land square on with open hips, leading to the potential for a powerful kick or punch with the additional falling weight of the fighter adding to the power of the strike.

When catching the teep it is essential that you step back slightly as you catch the leg to lessen the impact and grasp the foot with the opposite hand to the foot underneath the heel and the same hand locking it in place horizontally over the instep. This hand placement will mean the foot and leg are more securely controlled minimizing the risk of the opponent slipping away.

Typically the counter following a caught teep kick will be to bring the leg across the body with one hand, stepping behind the leg and with the other hand moving in conjunction with the defending leg to sweep the opponent, however there are numerous follow up attacks ranging from elbows to the thigh, power punches to the stomach to head kicks.

When used correctly with the right form and timing it can function as the base of a fighting style like the Muay Femur, however if used incorrectly it’s counter can likewise be used as a way to close distance for close range fighters like the Muay Mat.

The Muay Thai Teep is one of the most widely utilised tools in not just Muay Thai but all striking combat sports. Serving as perhaps the greatest tool for maintaining distance and disrupting position the technique can be seen being deployed weekly on televised competitive bouts from the global stages like the UFC and Glory Kick-boxing to Thailand’s own channel 7 Muay Thai shows.