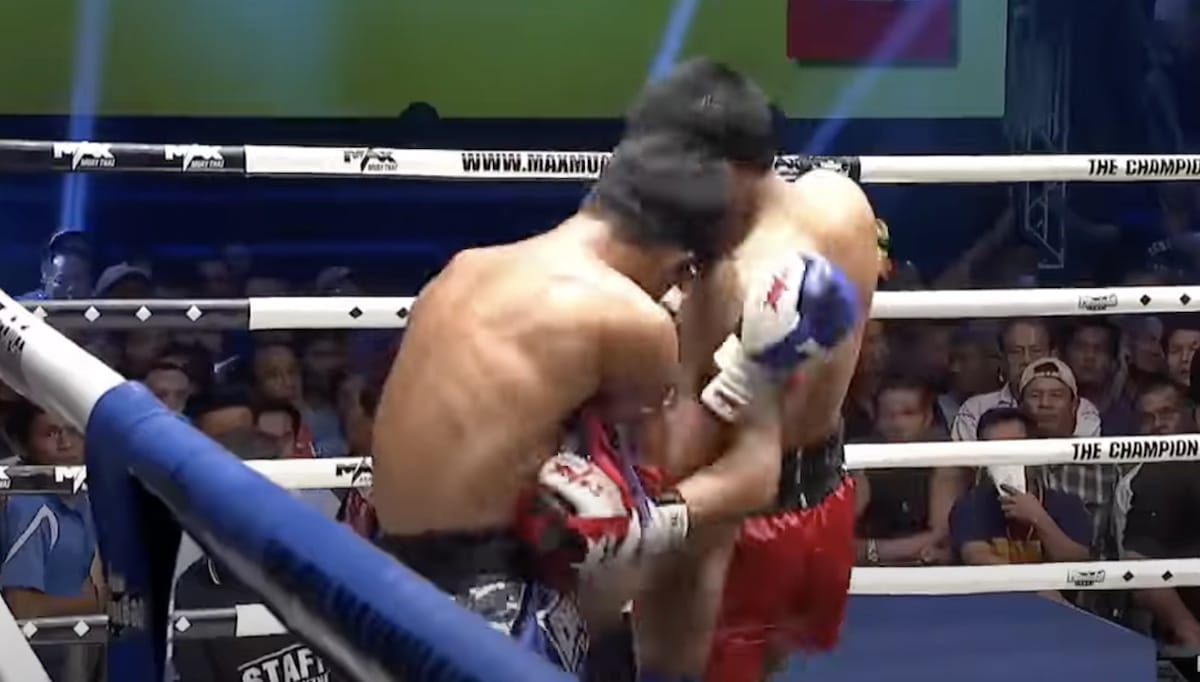 If you ask a fighter what strike they would prefer never to get hit with, most say the same thing. The liver punch.

A liver punch is arguably the most devastating strike in all of combat sports. When you get hit with a liver punch, you feel excruciating pain to the point that your body shuts down.

Let’s break down the science behind the liver punch and why it is arguably the most devastating strike. Going over what happens to your body when your liver gets hit and describing different liver punch combos.

Fighters that have been hit with a liver punch usually saw it felt like one or two things. Either they say it felt like they were stabbed or that they were electrocuted. Stating that it was one of the worst pains that they have ever felt in their lives.

Why is a liver punch so painful?

The reason why a liver punch is so painful is because of the physics of your liver. There is a nerve that is connected to your liver called the vagus nerve.

This nerve connects to various different organs in your body and also your parasympathetic nervous system. So basically, numerous nerves react to a hard liver punch, which is why it’s so painful.

Why is your liver so vulnerable?

What happens during a liver punch KO?

If you are ever on the unfortunate end of a liver punch KO, your body goes through different reactions. Not only is your liver hit, but also your parasympathetic nervous system.

Whenever this nervous system gets hit or knocked off balance, three different things happen. Your heart rate is slowed, your blood pressure drops, and your body freezes up.

The lack of blood flow to your brain and your nervous system being hit leads to the body shutting down. This is why you see victims of liver punch KOs temporarily paralyzed on the ground unable to move.

Which type of strike is a liver punch?

The type of strike that is considered the liver punch is a left hook to the body. A left hook is the punch that is predominantly used to strike an opponent’s liver.

This is due to basic anatomy. Our liver is located on the right side of our bodies, so a fighter would hit the liver from their left.

Left hooks are also the shortest distance to the liver, which makes them the obvious punch used to hit this organ. But left hooks aren’t the only strikes used to strike the liver.

In MMA and kickboxing body kicks and knees are commonly used to target an opponent’s liver.

They are a wide variety of different combos to set up a devastating liver punch. Here are some of the most popular liver punch combos and how to throw them.

The 2-3 is a two punch combo is a straight/cross punch and ends with a left hook to the liver. After throwing the 2, you lean to the left to load the left hook and drive it right into your opponent’s liver. A very simple and brutal combo.

A basic 1-2-3 combo is another one of the first liver punch set ups that you learn in boxing. You throw your jab and your straight/cross to your opponent’s head to make them keep up their guards.

This leaves their body wide open for you to land a hard left hook to their body and make them crumble.

Liver punch counter off a slip

A liver punch is a great counterpunch whenever you have an opponent that is throwing a high volume of straights/crosses. Whenever they do this, they are leaving their body open to get hit with a counter.

Tilt your head off to the side to slip your opponent’s punch and rip a hook right into their liver. This perfectly placed liver punch can put your opponent down for good.

Liver punch off a duck under

When your opponent’s punch is coming, drop your head down and make a you with your body. As you’re ducking under, tilt to your left to chamber your hook and drive into your opponent’s liver.

When they do this, you’re going to throw a fake hook to their head and go to the body. Slightly touch your opponent’s glover with your hook to the head and quickly fire off a hook to the liver.

It’s sneaky and your opponent will not have time to react.

2 hooks to the head & one to the liver

Another way to get your opponent to get their guards up is throwing hooks with both hands. Throwing a lead hook and back hook to the head, then following up with a liver punch.

These two hook punches will keep your opponent’s guard’s up and expose their body. For the left hook to the body, lean to your left to chamber your punch, and let it rip.

They’ll think you’re trying to set up your power hand, but you’re going to fake it. Touch their gloves with your cross as you lean to the left and drive your left hook into their liver.

Jab, uppercut, hook to the body

Setting up your liver punch hook off of a back uppercut is a great tactic. You can even double or triple your jab to make sure your opponent keeps their hands up.

They will brace, thinking you’re going to hit them in the head with your back hand. But what you’re really doing is making a path to land your left hook to the body.

The last liver punch combo we’ll list is a common Muay Thai combo. If you constantly throw left high kicks to your opponent’s head, this will get them to keep their guards up.

Once they start keeping their hands up, throw another head kick, but follow it up with a hook to the body. They definitely won’t see it coming.