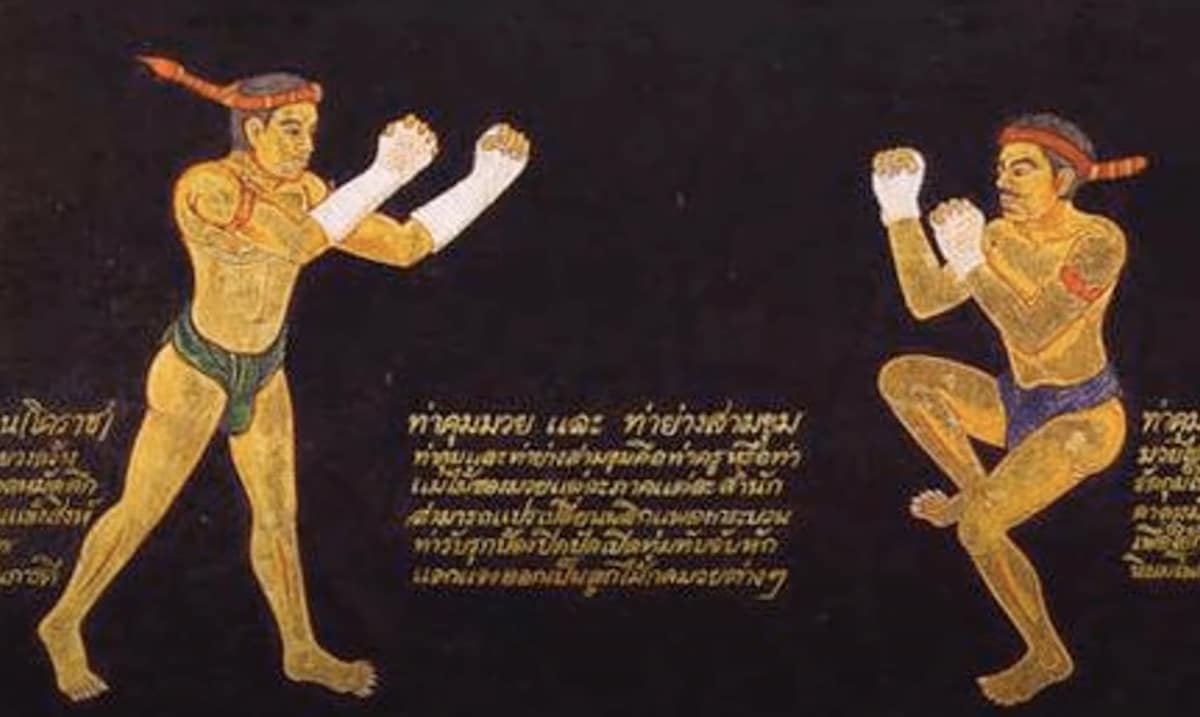 Before the sport of Muay Thai that we see across the world today, before well-known sports brands like Fairtex and Yokkao, before the great champions of Saenchai P.K. Saenchai, Nokweed Davy and Namsaknoi Yudthagarngamtorn there was Muay Boran.

Muay Boran which translates to “ancient boxing” is a broad defining term used to describe the martial arts of Thailand before the rules overhaul in the 1930s following the tragic fight between Phae Lieng Prasert and a famous Cambodian Khmer boxer, ending in the death of one of the fighters. These rules saw the introduction of boxing gloves and the rule set is still in use today.

What is Muay Boran?

To followers and participants of martial arts. Thailand and Muay Thai cultures are heavily intertwined. Muay Thai enthusiasts who go a little further and look into the history of the sport will discover a martial art that shares many similarities with Muay Thai while having many branching points that differ from the popular sport of modern Thailand.

There’s a strong possibility that if you watch Muay Thai, you’ve at least heard of the name “Muay Boran”, which is used to refer to all of the antiquated unarmed fighting methods that the Thai people invented. It refers to the methods used before they were refined and structured into the contemporary Muay Thai fighting sport.

Other Southeast Asian martial arts such as Lethwei the national martial art of  Myanmar share numerous similarities to Muay Boran particularly the roped hands and the ability to employ not only the elbows, knees, kicks, and punches of the Muay Thai fighter but headbutt strikes too

The art of Muay Boran and its practitioners do not wear any form of padded gloves. Instead, practitioners encircle their hands with hemp ropes known as Kard Chuek an often blessed material made from hemp ropes and in more recent times rattan and cloth.

Muay Boran as it is currently practiced has a few more restrictions than it did in the past. As the sport has moved on from the violent competitions, it is now mostly practiced for performance and entertainment, much like other ancient martial arts like Chinese Kung Fu and Karate. A great example of this is the touted champion of Muay Thai Buakaw Banchamek who often displays graceful demonstrations of Muay Boran paying homage to his beloved sports history and Thai culture.

The Birth of Muay Boran

There is no concrete proof identifying a single origin of Muay Boran, however many agree that the art was developed through military training in the 13th century. Unfortunately, the Burmese-Siamese war that raged between 1765 and 1767 has caused much of the recorded history of Muay Boran to be lost, however during this time of conflict rose the famed “father of Muay Thai” Nai Khanomtom.

The Burmese king in 1774, known to the Thai people as King Mangra held a competition of conflicting styles, pitting Thai boxers against his best Lethwei fighters. During the competition following the fall of Ayutthaya (the Thai capital at the time) Nai Khanomtom. Is said to have defeated no less than 10 Lethwei fighters in succession. This act of immense skill and bravery supposedly prompted the Burmese King to declare “Every portion of the Thai is blessed with venom. He can dispatch thirty opponents even with just his hands and allow Nai Khanomtom to return to Thailand a free man to teach Muay Boran.

At the turn of the 20th century, the King of Thailand King Rama V tried to outline the bases of the art of Muay Boran declaring masters of each style including Muay Lopburi, Muay Korat, and Muay Chaiya, who represented the central, northeastern, and southern provinces, respectively. Later, after further distillation of the sport saw other styles emerge like the Muay Thasao from the north.

The common train of thought is that Muay Thai evolved through the practical use of many Muay Boran techniques with both combat styles sharing the many available striking techniques using the Fists, Feet, Knees & Elbows. The fundamentals of the two styles share a number of similarities both in their presentation and application:

Although the two martial arts have a range of similarities at the core of many of their techniques Muay Boran also uses the head as a weapon. With the roots of Muay Boran being firmly embedded in its practical use on the battlefield and not the ring. This distinction in origin and perceived usage means that the application of Muay Boran comes with fewer rules allowing fighters to headbutt, strike the groin, throat, and other otherwise off-limits areas in the Muay Thai rule set. Besides this the styles differ in a number of ways:

Muay Thai of today, televised across the world on marquee franchises like One Championship and seen in the grand stadiums of Thailand is very much the modern adaptation of a martial art born of necessity on the battlefields of south east Asia. Without Muay Boran, Muay Thai as we know it would not exist, from its borrowed strikes to its beautiful traditions both of which echo throughout Thai culture Muay Boran very much lives on through its successor and helps give birth to modern legends who forever follow in the footsteps of Nai Khanomtom the father of Muay Thai.