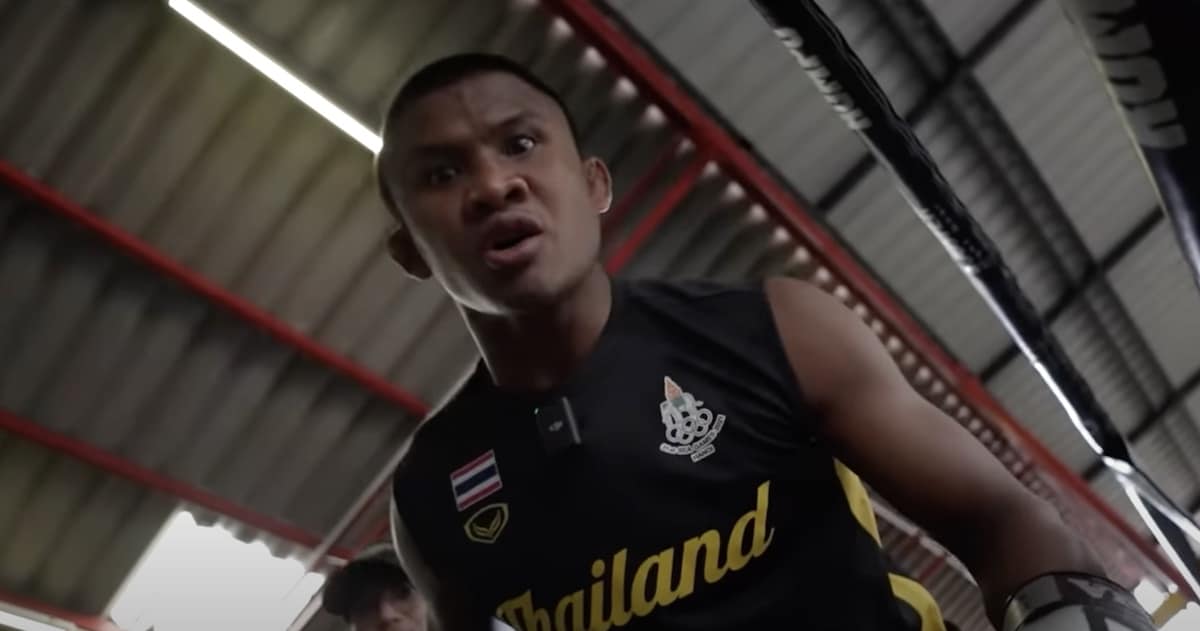 Timothy Wheaton is a combat sports writer who covers MMA, Kickboxing, and Muay Thai. Tim is the authority on kickboxing and combat sports journalist who has covered K-1, PRIDE FC, UFC, GLORY Kickboxing, Bellator, ONE Championship, and plenty more.

Who are the top 10 best Muay Thai fighters in history? Muay Thai has dated back centuries as the national sport of Thailand. Across multiple generations, including a golden age, ‘The Art of Eight Limbs’ has produced some absolutely legendary figures.

Buakaw Banchamek is a modern-era figure who put together an overall record of 240-24-13 across both Muay Thai and kickboxing. In terms of being a Muay Thai great, Buakaw is controversial among elitists. Some may not rank him as a

Buakaw Banchamek is a modern-era figure who put together an overall record of 240-24-13 across both Muay Thai and kickboxing. In terms of being a Muay Thai great, Buakaw is controversial among elitists. Some may not rank him among the top 10 best Muay Thai fighters in history. While he is an incredibly talented fighter with tremendous power, most of his best accomplishments came from Kickboxing.

In Muay Thai, the major titles are Rajadamnern and Lumpinee Stadium titles. He cut his teeth at Lumpinee Stadium however was never able to capture gold. He held titles at Omnoi Stadium and WMC which are great but not as illustrious.

As a Muay Dtae (kick-focused) based fighter, Buakaw ravaged the Kickboxing world. With an impressive eye for timing, he captured two K-1 Kickboxing World Grand Prix titles during the golden age of Kickboxing. He earned so much reputation in Thailand that his matches would often be seen as a national event and even the Royal Family would attend.

Due to his outstanding contributions to the sport, Thailand, and Kickboxing overall, he is ranked among the top 10 best Muay Thai fighters in history. Buakaw began his career at the age of 8 in 1990 and is still active as a fighter and trainer to this day.

Namsaknoi began his illustrious Muay Thai career at merely the age of 8 and put together an incredible record of 280-15-5 when he retired in 2010. ‘The Emperor’ holds a win percentage of 95%, one of the highest in history. Due him being later in the sport, not all pundits rank him among the top 10 best Muay Thai fighters in history.

Throughout his storied career, the Thai-born athlete would be clad in titles. He captured the Lumpinee Stadium Flyweight, Super Featherweight, and Lightweight world titles, plus the WMC World Muay Thai Flyweight crown, and defended each one.  He was also awarded fighter of the year by multiple organizations over multiple years.

‘The Emperor’ had the ability to devastate his opponents due to his range of attacks. Namsaknoi has a strong outside kick, jab, and clinch. He considers himself a Muay Femur (technician), except when he fights another Muay Femur then he switches to a Muay Khao (knee-focused) fighter.

After a lifetime in Muay Thai competition, he would find success as a coach hoping to use his knowledge as one of the top 10 best Muay Thai fighters in history to train future greats.

Chamuekpet Harpalang went by many names throughout his career. But through many name changes his dangerous knee strikes remained a constant, even earning the nickname ‘Computer Knee Striker.’

Throughout the golden era, in which most of the top 10 best Muay Thai fighters in history competed, Chamuekpet was able to earn four titles in Lumpinee and five in Rajadamnern Stadium. Simply, an incredibly decorated career.

Petchboonchu is a modern-day fighter who may be the most decorated Muay Thai athlete in history. He earned seven titles in the Professional Boxing Association of Thailand (PAT), five titles in Lumpinee Stadium, and one in Rajadamnern. A very impressive record makes him one of the top 10 best Muay Thai fighters in history.

With his dangerous clinch, Petchboonchu was an ace Muay Khao (knee) fighter. Over his 18-year-long career, he would put together a record of 204-134-1 having started at the mere age of 7. At just the age of 26, he retired from the sport.

To this day, he remains active in combat sports as a trainer at the Evolve MMA gym.

Sagat Petchyindee is an accomplished Muay Thai fighter with notable titles who competed during the golden age of the sport. With an impressive record of 266-40-11, he would capture two titles at each Rajadamnern and Lumpinee Stadium throughout his career.

His power is what made him such a feared striker. Throughout his fifteen-year-long career, Sagat would win over half of his bouts via knockout, easily crowning him one of the top 10 best Muay Thai fighters in history.

Sagat would also venture outside of his sport. In the late 1980s, he would travel stateside and capture a Kickboxing title. Additionally, he was active in professional boxing. Due to his impressive legacy, he was the inspiration for the ‘Street Fighter’ video game character ‘Sagat.’

Pudpadnoi was a Muay Femur (technician) who focused on overall perfect technique, but he was best known as the ‘Golden Leg’ of the sport. With such an illustrious nickname, he easily places on the top 10 best Muay Thai fighters in history.

He made his professional fighting debut at just the age of 14 and would compete for a whopping 25 years. The southpaw striker would put together a record of 135-15 throughout that time.

The Hall of Fame fighter would earn three Lumpinee Stadium titles and one Rajadamnern Championship from 1969 to 1973. He was frequently going up in weight and challenging larger foes. Pudpadnoi was a blockbuster draw during his prime years.

After retiring from active competition, he would relocate to Paris, France, and taught Muay Thai there for over 20 years. With his title among the top 10 best Muay Thai fighters in history he found consistent students at his gym.

Saenchai is known around the world for his Muay Thai skills. Due to competing during the modern era, his high-flying kicks adorn many highlight reels. But the Thai athlete is dangerous in every area making him a Muay Femur (technician) style athlete. With just his perfect technique alone, disregarding titles, he would still be among the top 10 best Muay Thai fighters in history.

At just the age of 8, he made his professional debut in 1988 and still competes to this day. The Thai-born athlete would earn six titles during his time at Lumpinee Stadium, plus he earned more championships at World Muaythai Council (WMC), WBC Muay Thai, and several others.

Over his lengthy career, he would earn an illustrious record of 327-49-2. While he is no longer chasing titles, he keeps active in his twilight years fighting farang (foreign) athletes. He is currently on 67 fight win streak dating back to 2014. This alone might place him on the top 10 best Muay Thai fighters in history list.

With his signature style, he is one of the most impressive Muay Thai strikers in history. It is a style which Saenchai has taken on the road as he often travels the world teaching Muay Thai seminars. Additionally, he is currently on a football team with Buakaw.

Apidej Sit-Hirun was awarded ‘The Fighter of the Century’ title by the King of Thailand, he is easily one of the top 10 best Muay Thai fighters in history. This Thai-born athlete is known as the hardest kicker in the history of the sport. Legend has it that the sound of his kicks would fill the stadium with a thunderous cracking. It is a verifiable story that his kicks would break the arms of his opponents if they attempted to block his strikes.

With an incredible record of 350-10-1, he was known as the ‘Man of Seven Titles’ due to holding multiple championships in Rajadamnern and Lumpinee Stadium Muay Thai, plus his western-boxing titles.

He made his professional debut at just the age of 8 and would retire after 18 years active in the sport. After retirement, he would be an integral coach at Fairtex gym for over 30 years.

Compared to other athletes on this list, Dieselnoi had quite a short career. Given that he merely competed for 12 years, he left a huge mark in the sport.

Dieselnoi is considered ‘The Master of Muay Khao’ (knee) due to controlling so many great fighters with his legendary knee strikes. He was a golden age competitor who would earn multiple illustrious titles in Lumpinee Stadium. While he only has a record of 122-10-2, in that space he defeated other all-time greats such as Sagat Petchyindee and Samart Payakaroon in blockbuster events.

Dieselnoi would tour the world to find opponents as few in Thailand wanted to actually face him. After four years as champion, he was forced into retirement, at the age of 25, as he had defeated all opponents in his division.

Dieselnoi has spent time as a Buddhist monk since leaving his fight days behind him. despite being among the top 10 best Muay Thai fighters in history, he has no intention of coming to the sport as a coach.

‘Baby Face Tiger’ is continuously considered the greatest fighter in the history of ‘The Art of Eight Limbs.’ For a boxing analogy, Samart is often compared to Muhammad Ali or ‘Sugar’ Ray Robinson. Having made his debut at just the age of 10, he would go on to do great things and today ranks easily among the top 10 best Muay Thai fighters in history.

He would pick up the sport quickly as a Muay Femur (technician) who had an eye for timing and lightning-quick reflexes. His signature strikes were his teep kicks, from the front and side, plus his ability to cut angles in the ring.

Samart would collect his first stadium title at the age of 17 and would begin quickly collecting more of them. From 1980 to 1981 he would earn four weight class titles in Lumpinee Stadium. This is an impossibly difficult task for any combat sport worldwide, and he did it nearly effortlessly. During the golden age, he would put together a record of 150-19-2.

Unable to walk the streets of Bangkok since retiring, Samart is a deity-like figure in the nation of Thailand, and the greatest Muay Thai fighter in history.