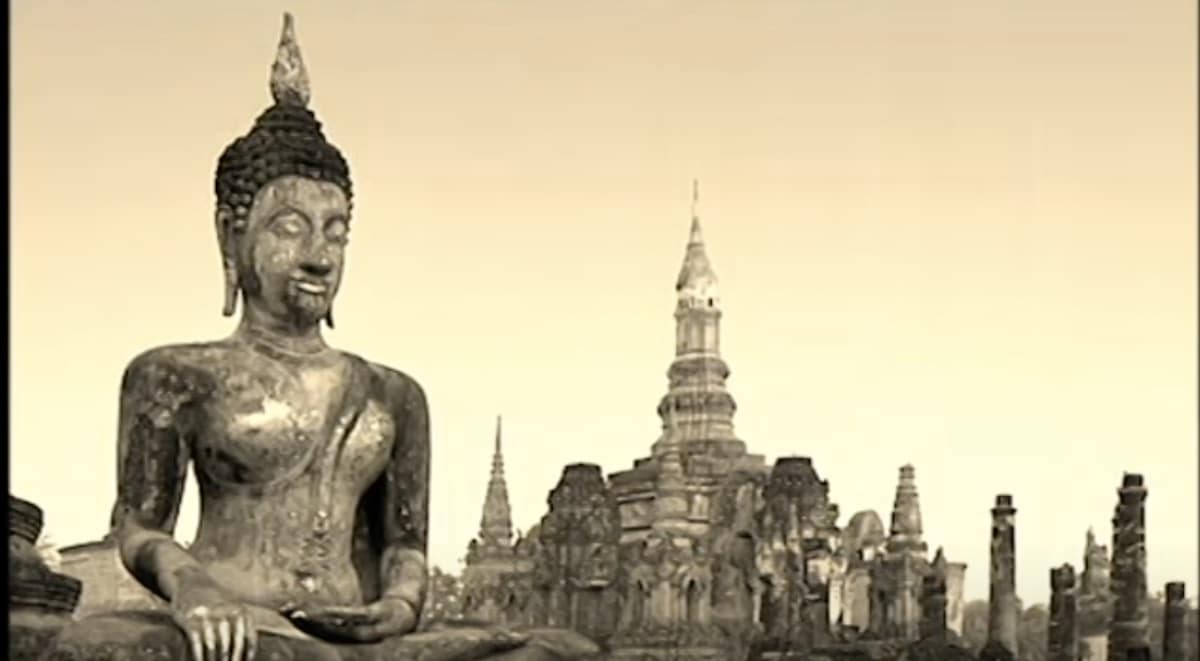 Timothy Wheaton is a combat sports writer who covers MMA, Kickboxing, and Muay Thai. Tim is the authority on kickboxing and combat sports journalist who has covered K-1, PRIDE FC, UFC, GLORY Kickboxing, Bellator, ONE Championship, and plenty more.

Mythical Muay Thai legends have earned their place in history. Heroic Nak Muay fighters who were prisoners, generals, or kings have earned Thailand its nation its sovereignty and identity through the use of Muay Thai. The sport has become a backbone of the country both culturally and religiously due to the contributions of these Muay Thai legends.

Muay Thai has been used on the battlefield during wartime to win battles and earn Thailand its freedom from its neighboring oppressors. Statues of these mythical figures still adorn the countryside of Thailand and even have a national day to celebrate these Muay Thai legends.

The Legends of Muay Thai

The most legendary Muay Thai legends figure in history is Nai Khanom Tom, better known as the father of Muay Thai. During the same war, Nai Khanom Tom was a prisoner of the Burmese military during the Second Burmese–Siamese War (1765–1767).

King Mangra of Burma organized a celebration due to a new Buddhist temple being built. At the celebration, Mangra had one of his best Burmese fighters face a great Thai boxer, Nai Khanom Tom. Before the match could begin, Nai Khanom Tom performed a dance as prayer, a first Wai Kru, which is still practiced today. He danced around the fighting area and said a prayer.

The Muay Thai fighter defeated his Burmese opponent with ease. The referee in this match believed that the dance and prayer distracted the Burmese fighter and therefore the bout did not count. Then, he had to fight nine more Burmese fighters each of which he defeated, including a regional kickboxing champion. Most notably, his use of punches, kicks, elbows, and knees, won him the day.

The King said: “Every part of the Thai is blessed with venom even with his bare hands he can fell ten opponents.”

Due to his incredible skills, King Mangra awarded Nai Khanom Tom his freedom and offered him either wives or money. The Muay Boran legend Nai Khanom Tom took the two wives, saying he could find money any time.

There are several variations of this story. However, the legend of Nai Khanom Tom is where Muay Thai derives its roots. An annual day is celebrated each year in his honor and around the Thai nation there are several statues dedicated to him. He is the most important figure of Muay Thai legends.

Muay Thai and Muay Boran both have connections to Thai Buddhism. Boran was traditionally fought in Buddhist temples. Monks would practice Boran and teach it to the youth. The Wai Kru, a ceremonial dance before a match, which is still practiced today, is a prayer.

Shaolin Kung Fu famously ties its lineage to the world-famous Shaolin Buddhist temple. Muay Thai and Boran both similarly are tied to Buddhist traditions in Thailand. All Nak Muays perform a Buddhist ritual dance called a Wai Kru before a match which was traditionally fought at Buddhist temples.

At the time, Siam (Thailand) was under the control of their Burmese neighbors, since the fall of Ayutthaya in 1767. At the same time, Burma was being invaded by Qing Dynasty China. As Burma moved its forces to a new front to repel the invaders Phraya Phichai recognized the opportunity and organized a rebelling force.

In one battle, due to fierce fighting, he lost the use of his daab song mue (two handed sword), it broke in half as he leaned on it. However, due to his training in Muay Thai, the day would be won. Ultimately, it earned Thailand its right to govern itself. He was promoted to king’s guard and is widely known as ‘Phraya Phichai Dap Hak’ or ‘Phraya Phichai the Broken Sword’ a clear pick among Muay Thai legends.

“Muay Thai: The Most Distinguished Art of Fighting” by Panya Kraitus wrote:

“He was the commander in chief of the army who led the common people in bravely resisting the enemy without giving thought to the possibility of his own death. For the love of his country, he pushed fiercely forward in battle until his sword broke. Throwing it down he continued the fight with his fists, knees, and elbows. Because of his knowledge of Thai boxing, he came out of the battle alive and victorious.”

Naresuan the Great is ranked among Muay Thai legends although his life is shrouded in much mystery and legend. The folklore legend goes that as a young man, in the 16th century, he was taken prisoner by the King of Burma and fought in combat for his freedom. In his home, Ayutthaya (Thailand), he began organizing military campaigns which had deadly effects on the Toungoo Empire.

Burma compiled its forces, in 1593, and launched a massive battle which would end the war. At the legendary battle, Naresuan of Ayutthaya and Crown Prince Mingyi Swa would have a single combat duel on the backs of elephants.

Due to this battle, Ayutthaya earned its freedom from Burma. Naresuan became the celebrated King of the nation. He is among national and Muay Thai legends.

King Prachao Sua was an ardent practitioner of Muay Thai which flourished during his reign as monarch (1662 – 1709), this alone could earn him a spot among Muay Thai legends. The king wanted to compete in Muay Thai combat, however, anyone facing the king would have taken a dive as defeating a monarch may have had grave consequences.

The king earned his Muay Thai legend status due to disguising himself so that he could compete in Muay Thai competitions. To add to his status, he refused to weigh in stating that he would fight any opponent of any size. He got paired up against the local champion. Prachao Sua, according to legend, would win the fight after a great back-and-forth contest.

Many Nak Muays (Fighters) from the past century have been able to fight their way into the history books to rank next to Muay Thai Legends.

Before Muay Thai was declared a formal sport, the hand-to-hand martial art practiced in the Thai nation was called Muay Boran. Muay Thai legends would have all participated in Muay Boran. The term directly translates to ‘Ancient Boxing.’ Muay Thai traces its lineage back as a descendant Muay Boran.

Muay Boran, used by Muay Thai legends, began as a system of self-defense that soldiers could use if their weapons on the battlefield were ever lost. Some say Muay Boran was built to make the human body as deadly as possible. A soldier’s fist could be used as the tip of a spear, arms could be used as a sword, elbows & knees could be used like an axe, the foot attacks like a pike, and the head can be utilized as a war hammer if needed.

The fighting system was introduced to the military by King Naresuan in 1560. Legend has it that the king was a skilled Nak Muay (fighter) himself.

Muay Thai can trace its Boran roots as far back as the Sukhothai Kingdom era in the 1200s. This is when the first written accounts of Boran can be found, although, it is likely much older.

Muay Thai and Muay Boran, though similar, have key characteristic differences. Muay Thai is a formalized sport with universal rules. The gloves and rings were brought in during the 1900s by King Rama VII in Thailand. It was then declared that any combat sports pre-20th century in Thailand would then be known as Muay Boran.

While Muay Thai and Boran can trace their lineage back to a military form of combat, it has grown to be much more. The style of combat is a form of identity in Thailand. Each man, woman, and child, from every class in society, from king to monk, have all practiced hand-to-hand combat in Thailand.